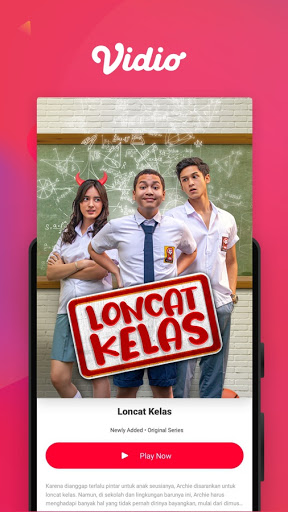 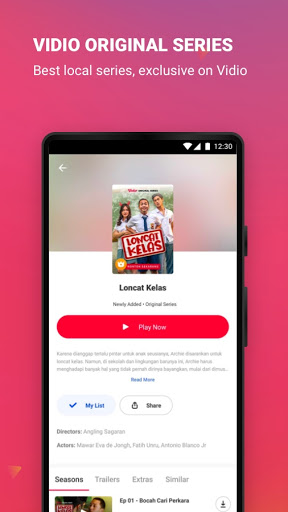 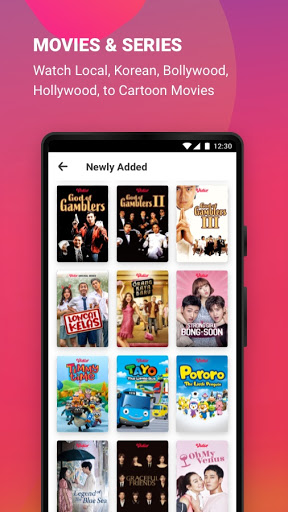 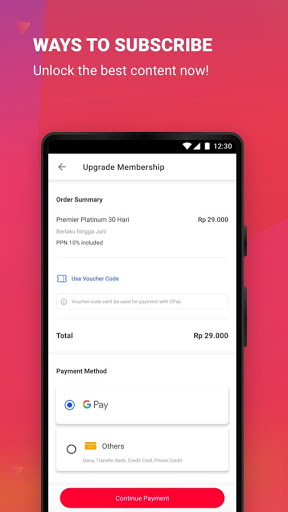 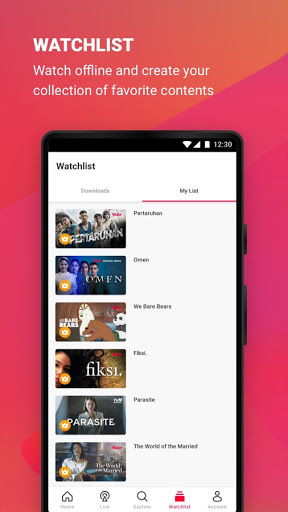 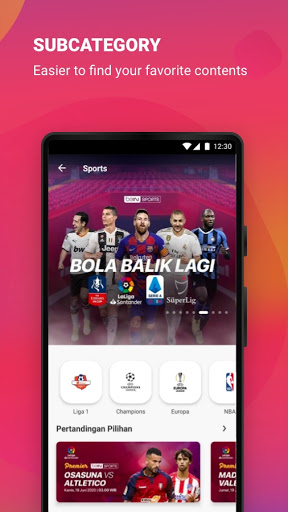 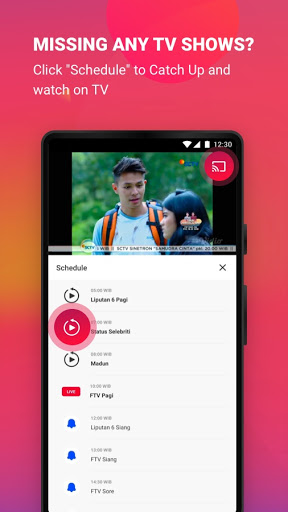 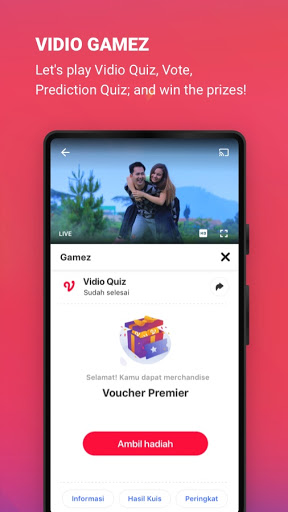 You can watch international and national TV, live streaming channels, favorite movies and series as well as fun and entertaining videos.

Vidio is the most complete media streaming platform in Indonesia that allows you to watch anything, anytime, anywhere.

With all comfort at home, enjoy our best selected programs that you like starting from:
– Live streaming TV Channels, such as SCTV, Indosiar, O Channel
– Commenting such sport events: NBA, English Premier:League, Champions League, badminton, tennis at beIN Sports Channel*
– Having the most actual, sharp, and reliable news updates from Liputan 6

Psst, one of our exclusive contents are Gundala and Parasite. Isn’t it cool?!

To get the best entertainment experience, Vidio requires internet connection via WiFi or data package from your telecommunication provider (not included in Vidio subscription package). Internet quota consumption will determine by duration of content consumed.

*Some content need subscription packages that available start from IDR 10.000/Day
Are you curious about the best films & series that will be released soon on Vidio? You also don’t wanna miss if the films & series have released on Vidio?

Relax! Vidio can help you overcome your curiosity!

There’s a special section containing the best films & series that will be released soon on Vidio!
You don’t need to remember the date, just click the “Remind Me” and you’ll get a notification if it’s already released!