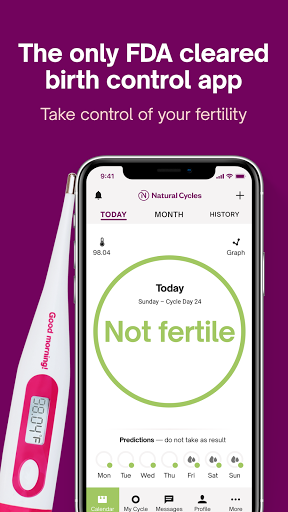 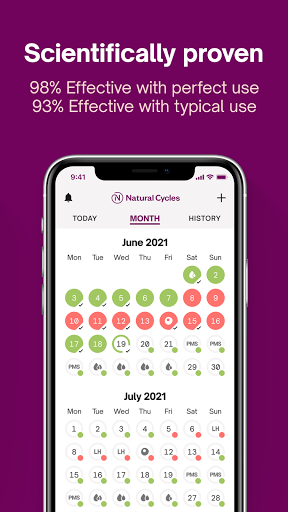 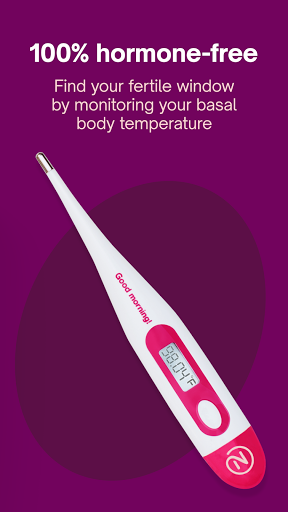 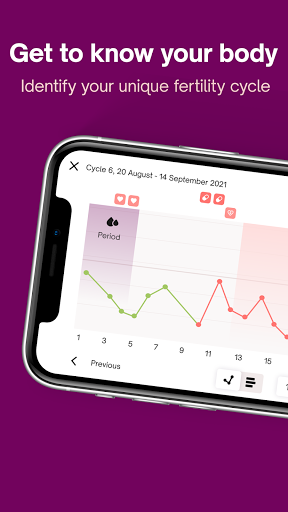 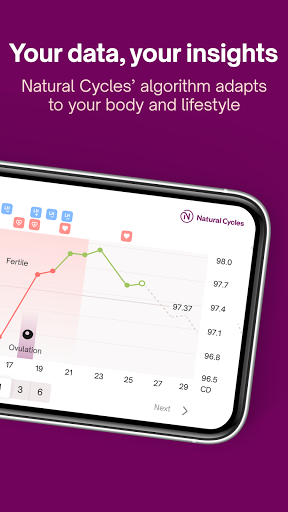 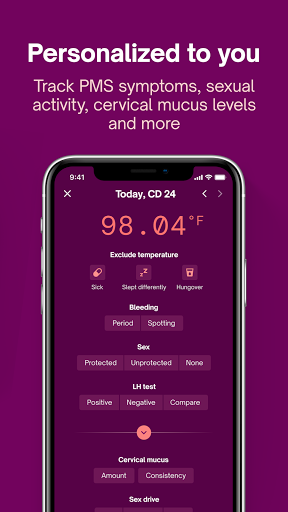 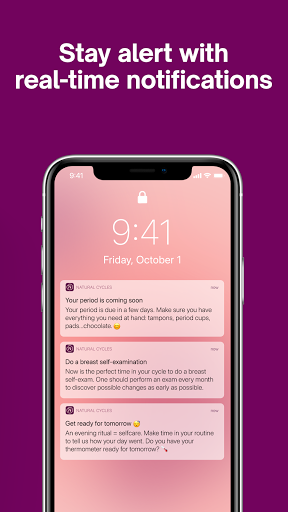 Choose Natural Cycles – the only birth control app that is cleared by the FDA in the US and CE-marked in Europe as a medical device – and take birth control into your own hands.

Particle physicist Dr. Elina Berglund initially developed Natural Cycles to offer women an effective, non-hormonal method of birth control. The app identifies ovulation by analyzing basal body temperature, letting you know when you’re fertile and when you’re not. Natural Cycles is different from fertility and period trackers, as it is a clinically proven birth control option, alongside the pill, IUD and the condom.

What you get with Natural Cycles

○ Effectiveness – the app is FDA-cleared in the US and CE-marked in Europe
○ Knowledge of when you’re fertile and when you’re not
○ Reliable ovulation detection and predictions
○ Personal insights around your cycle, enabled by our proprietary algorithm
○ Useful notifications including PMS alerts and when your period is due

Natural Cycles is 93% effective with typical use, and 98% effective with perfect use. The clinical study that determined Natural Cycles’ effectiveness is one of the largest of its kind, with 15,000 women and 600,000 menstrual cycles. It was peer reviewed and published in the renowned journal Contraception.*

Natural Cycles was founded by the couple Dr. Elina Berglund and Dr. Raoul Scherwitzl, who wanted an effective method of birth control that was hormone-free and non-invasive. As a former member of the European Organisation for Nuclear Research (CERN), Elina was part of the team that discovered the Higgs Boson particle – one of the most significant discoveries in particle physics, that went on to win a Nobel Prize.

Using the techniques she had learned through the Higgs Boson project, Elina created an algorithm to analyze temperature readings, taking factors like sperm survival, temperature fluctuations, variations in cycle length, ovulation day, and the length of the follicular and luteal phase into account to identify fertile and non-fertile days. Raoul suggested that they would turn the fertility algorithm into an app, to allow other couples to benefit from their innovation. Natural Cycles was born.